Les nez, the Noses, of today are turning the perfume world on its head, independently creating micro-perfumeries and unusual perfume ranges. The trends have been to create unisex perfumes, or perfumes with rarely-used or obscure components, or to recreate sensory experiences, or memories, as opposed to recreating or using scents in nature, such as florals or woods. They have brought perfumes to the market that have rarely been smelled, or never been seen before. They create whatever they can conceive – and sometimes the ingredients they use have atypical names and are almost unrecognizable. Here are some of the comparatively young perfumers who have rocked the perfume world, and their unusual creations. 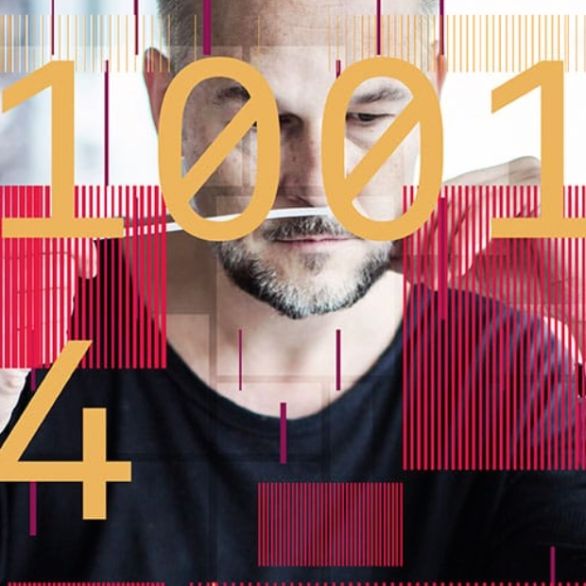 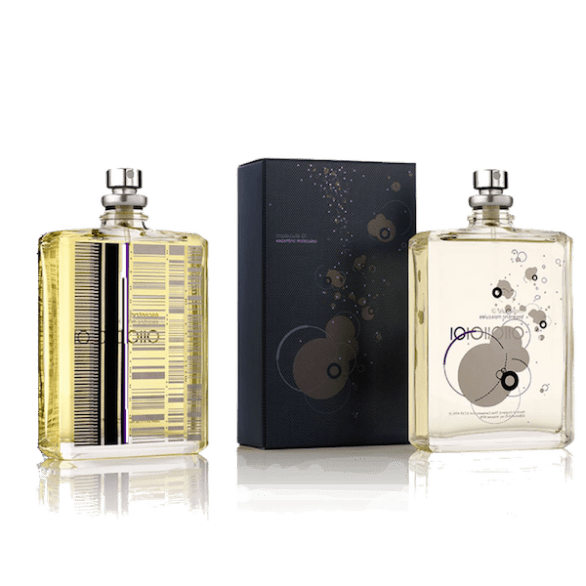 Geza Schön (“schön” means “beautiful” in German), of the perfume house Escentric, is a rebel of the perfume world. His most famous perfume, Escentric Molecule 01, which contains the laboratory-created aroma-molecule Iso E Super, has revolutionized the world of perfume.

“Iso E Super is a molecule that hovers close to the skin to create an indefinable aura round the wearer.It is characterised by a hyper-modern cedarwood note with a velvety sensation. Perfumer Geza Schön explains its allure: ‘Iso E Super is one of those skin-sexy scents that makes you want to nestle into it. It’s comforting, cocooning.’” The Escentric range now includes Molecule 01, 0110, Molecule 02, Molecule 03 and Molecule 04.

Christopher Brosius and the BOX

The BOX, designed by Christopher Brosius

Award-winning olfactory artist Christopher Brosius is the creator of “perfume” for people who want to smell different. His New York studio is called I HATE PERFUME.

His latest creation, called “the BOX”, combines a book with perfumes. “I have long wanted to write a book not with words but with scents. I imagined it to be a thick beautifully bound volume of several hundred vellum pages each of which appears to be perfectly blank. But as you run your fingers lightly over the page, scent rises and with each page the scent changes. […] So to commemorate the tenth year of I Hate Perfume, I have gathered a complete collection of all my perfumes to date into an elegant cloth-bound box designed to resemble a very large book. And as I had intended, this book is read not with the eye but with the nose.” 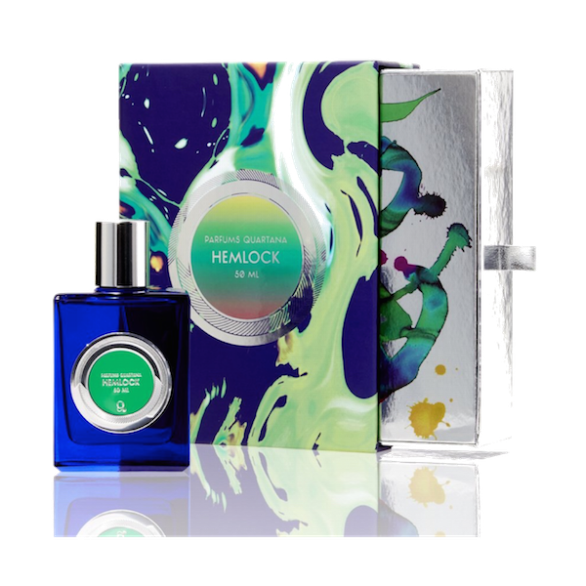 It has been rare for young, conceptual or fashion designers to venture into the realm of scent. The fashion brands that dominate perfumery are often large corporates. The Six Scents project, founded in 2008, curated by Joseph Quartana, formerly of avant-garde boutique Seven New York, has enabled big names in fashion to collaborate with innovative Noses and create their own perfumes. Six Scents comprises Six Scents Parfums and Parfums Quartana, which was launched in 2016.   Parfums Quartana explores singular concepts in perfumery and its debut collection, Les Potions Fatales, is based on the folklore of nine different infamous poison flowers used for murder, suicide and magic rites. One of the perfumes in the collection is Hemlock, designed by Parfums Quartana, with perfumer Christelle Laprade.

Components of Hemlock include Martinique Rum, Pink Pepper, Calabrian Bergamot, Crushed Leaves, Glossy White Floral, Cinnamon Bark, Clove Buds, Jasmine Sambac, Styrax Pyrogene, Black Vinyl Accord, Black Magnolia, Cyclamen, Salt, Benzoin, Vanilla Bean, Suede, Sandalwood, Patchouli, Tonka Bean, Musk, Masculine Amber Woods. According to Parfums Quartana, “Hemlock itself is a delicate, small white flower that grows in green grassy fields, and thus we started with this idea as the backdrop for the fragrance, but added black vinyl accord to suggest a wicked black liquid.” It has been described as “a pleasant dichotomy of mellow and murderous”. [Note; Styrax probably refers to styrax oil (liquidambar styraciflua), essential oil of the gum exudate obtained from the trunk of the American Styrax or Sweetgum tree (Liquidambar styraciflua). “Pyrogene” means the extracted oil has been obtained through being “heated” or “scorched” during steam distillation. Black vinyl accord – a created blend of notes, very difficult to define, is partly derived from vinyl carbinol, also known as 1-Octen-3-ol (Octenol), produced by plants, which smells like mushrooms. The final accord or blend is said to smell like mushrooms, blood, oil and metal.]

Perfume house Etat Libre d’Orange is the perfume house created by Etienne de Swardt. He named if after the place he was born, the “Orange Free State”, now just the Free State Province, in South Africa. Orange Free State was the old name of the province when it was an independent sovereign republic in southern Africa during the second half of the 19th century. Etienne de Swardt worked for a long time in the world of luxury perfume, creating perfumes that please the greatest number of potential customers. Breaking away, he formed his own house to create challenging perfumery. Currently the perfume house has 34 fragrances with surprising olfactory compositions, without any limitations in terms of creativity, raw materials, or expense. The perfumes have strange and interesting names, to reflect their unusual characteristics, such as Antihero, Attaquer Le Soleil Marquis De Sade [Attack the sun of Marquis de Sade]; Bendelirious, Dangerous Complicity, Éloge Du Traître [Trailer club], Fat Electrician, and Rien, French for “nothing”. 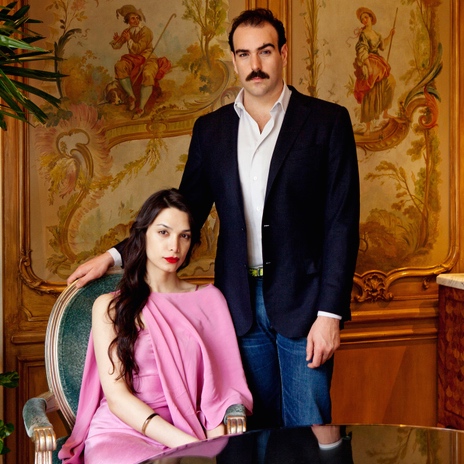 Alia Raza and Ezra Woods (Photo from ‪Colognoisseur‪,‪ by Town and Country)

Régime des Fleurs, founded in Los Angeles in 2013 by Alia Raza and Ezra Woods, is a brand whose core message communicates the “profundity found in flowers”. Raza and Woods share a nostalgia for the fresh and bold aesthetic of the early 1990s, and a connection to the opulence of the Ancien Régime in France, as epitomized by the Château de Versailles, and also a fascination with the allegorical insights found in Classical mythology. In February 2014, Régime des Fleurs launched with a collection of six perfumes in three “literary” tiers: Lyric, Ballad and Epic. The fragrances contain unusual components and combinations, and antique and vintage floral essences that come as close as possible to recreating particular olfactory memories.

Nitesurf, in the Lyric range, is a neon marine floral: