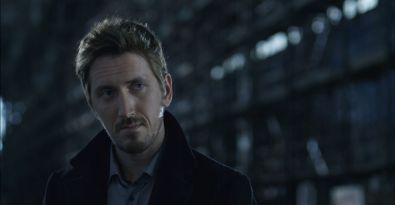 Scene from The Sniffer from imbb.com

Scene from The Sniffer from imdb.com

Smells made visible by wraithlike smoke effects – Scene from The Sniffer from imbb.com

My favourite, binge-worthy TV show of the past few weeks has been The Sniffer, a.k.a. “Nyukhach” (Russian and Ukrainian: Нюхач), a Russian production which has been a huge hit for the producers, Film.ua and Pronto Film. Though it is originally a Russian-language series, set in Russia, it has English subtitles (sometimes hilariously badly translated), and it was actually filmed on location in the Ukraine. You can see it on Netflix and it has been so popular that three seasons were produced, in 2013, 2016 and 2017. Fans who regard “Sniffer” as their guilty pleasure have clamoured for more. But the high production values, and the great special effects that make the smells implied by the title visible, means that there probably won’t be another one.

Series based on sense of smell

The premise is simple – a paramilitary police force, the “SBR”, uses the detection services of a man, known only as “The Sniffer” who has a supernatural sense of smell. He can identify and smell out anything, and as a result, he lives alone in an odour-free and germ-free apartment in a renovated factory, where he does not suffer from the assault of common odours. For him, going outside is like being in a storm without a skin – it is painful and horrible. So he wears a nose plug, which he discreetly removes when he has to sniff things at a crime scene – for instance a corpse, blood or even paper. The twist in the tale is that the Sniffer is anything but normal, and that inevitably, it is the combination of his nose, and the brute force and detective skills of his pal and boss, that solve murder cases. 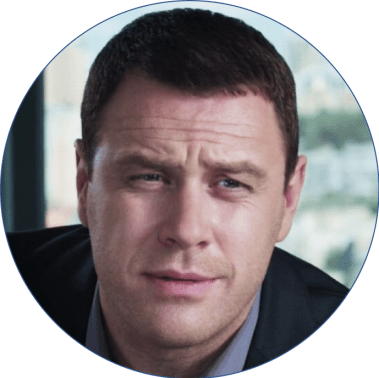 The Sniffer is portrayed by tall, lanky, blond Kirill Käro, who was born in Tallinn, Estonian SSR, USSR. Luckily, he has a nice nose. His friend and boss, “Col. Viktor Lebedev”, is gamely played by dark-haired, muscular Ivan Oganesyan, who was born in Saratov, Russia. These two leads are complemented by cops, criminals and crazy scientists, and a peculiarly Russian-looking set of women. As one commentator pointed out, this might well be a Russian preference: they are either blonde, glamorous and drop-dead sexy with hair, boobs and outfits to match, or baggy old babushkas with badly dyed hair. The tone is morose and cynical, often depicting either Russian squalor or megalomania, though occasionally the Sniffer and the Colonel exchange darkly funny lines. I have sympathy for Kirill Käro who had to learn all those chemistry terms and roll them off his tongue like they were nothing special. He succeeded admirably.

The science behind The Sniffer

It therefore seems obvious that the viewer must not take as fact the quasi-scientific dialogue between the Sniffer and his colleagues – this is fiction, after all. But still, it was worth checking out:

Season 1, Episode 1 – The Sniffer is on board a plane and says to the flight attendant that there is a terrorist on board.

“Sniffer: There is a man with a plastered arm in 32C. But under his bandage is plastid instead of cast. The detonator is in one of the fixing units.
Captain: How do you know this information?
Sniffer: The smell of acetone peroxide plasticized in celluloid can’t be confused with anything else.
Captain: Are you trying to say that you smelled this?
Sniffer: Correct.”

This statement is actually quite close to the facts: Acetone peroxide (also called APEX) is an organic peroxide and a primary high explosive. It is produced by the reaction of acetone and hydrogen peroxide to yield a mixture of linear monomer and cyclic dimer, trimer, and tetramer forms. The trimer is known as triacetone triperoxide (TATP) or tri-cyclic acetone peroxide (TCAP). The dimer is known as diacetone diperoxide (DADP). Acetone peroxide takes the form of a white crystalline powder with a distinctive bleach-like odor (when impure) or a fruit-like smell when pure, and can explode powerfully if subjected to heat, friction, static electricity, concentrated sulfuric acid, strong UV radiation or shock.

TATP has been used in bomb and suicide attacks and in improvised explosive devices. Here’s the kicker though: Large-scale TATP synthesis is often betrayed by excessive bleach-like or fruity smells. This smell can even penetrate into clothes and hair in amounts that are quite noticeable. It has been reported that person who has been making TATP “smells like chemicals”. (Source: Wikipedia)

So, sensitive nose or not, the Sniffer was right that the bomber on the plane smelled peculiar. Of course, only someone with his supernatural olfactory sense AND encyclopaedic knowledge of chemistry would have recognized what he was smelling. But that’s why we love the guy!

The stonking great soundtrack is by group Brainstorm, called “Years and Seconds” from their 2010 album with the same name.